OUT OF BALANCE - NOT SUSTAINABLE

The world should think better about catastrophic and existential risks

The Economist, June 26, 2020
... Mr. Ord's .. carefully reasoned, if clearly contestable, best guesses lead him to conclude that, ... the chances of mankind losing its future through such misadventure in the next 100 years stand at one to six. ...

Dennis Meadows on how the COVID-19 pandemy forces us to recognize that we have brought many systems - on which we rely for survival - out of balance of resilience and sustainability.

Why is life expectancy (in the UK) faltering? - Cost killing the national health system

Dorling, Hiam and many other epidemiologists argue that life expectancy started to decline in Britain as a direct result of the austerity measures imposed by the Tory-led government in 2010. These cutbacks – which removed more than £30bn from welfare payments, housing subsidies and social services over the past eight years – were some of the most severe made by any nation after the 2008 financial crisis. 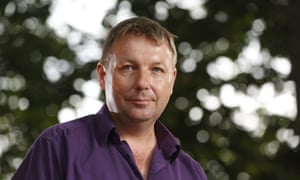 And once imposed, they triggered dramatic reductions in funding for social care, meals on wheels, rural bus services, NHS spending, numbers of health visitors and many other services. These in turn contributed to increased numbers of early deaths of vulnerable people, it is argued.

The Guardian, Oct.2, 2010
These days, sweet pineapple come with a sour aftertaste, with production marred by allegations of environmental damage, union-busting, chemical poisoning and poverty wages.
Like many other local experts, Ramirez, who is the country's coordinator for the Pesticide Action Network, fears that the pineapple boom has outpaced the government's ability to regulate it. "The fight now is against pineapples because there's been an explosion in production, but it's difficult because the owners of the plantations have very big political and economic influence."

For more than three years, the residents here and in neighbouring villages – around 6,000 people in total – have had to collect their drinking water from a tanker because the ground water has been declared unsafe. Tests showed it was contaminated with agrochemicals used in pineapple production, including ones linked with cancer and that disrupt hormone systems.